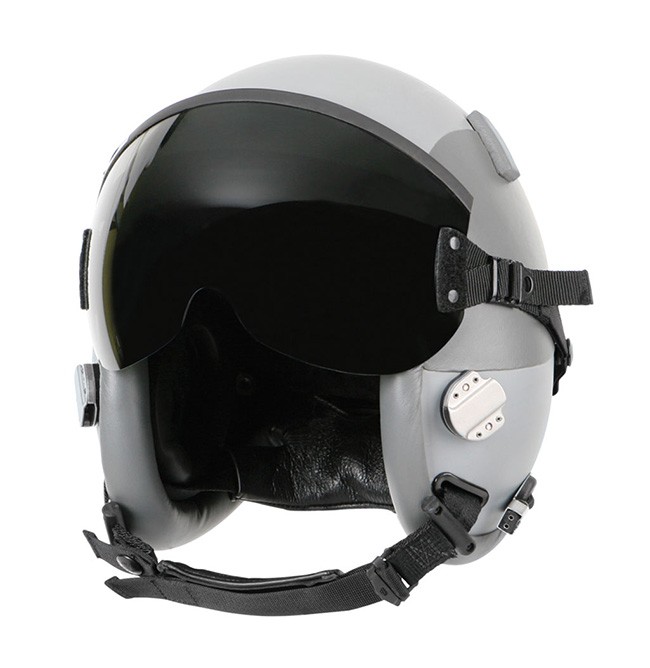 The most versatile fixed wing helmet available today, the Gentex HGU-55/P Fixed Wing Helmet System is available in two configurations to suit a full range of mission needs. The lightweight standard version is constructed of a graphite/aramid shell, which reduces head-borne weight and promotes high peripheral vision and head mobility. For high-performance maneuvers up to +9 Gs, and to help prevent G-induced loss of consciousness (GLOC), the lightweight COMBAT EDGE configuration is the standard for all U.S. Air Force F-15, F-16, and F-22 aircrew. The advanced system provides pilots with a decisive edge in combat by reducing fatigue, allowing them to perform more high-G missions per day without compromising performance. The COMBAT EDGE Kit utilizes a urethane-coated nylon bladder system that interfaces to the Gentex MBU-20/P and HA/LP Oxygen Masks to provide automatic mask tensioning at high-G. New Aircrew Helmet Noise Reduction (AHNR) technology is available for the HGU-55/P Helmet System. AHNR technology is DoD qualified to reduce noise exposure for aircrew flying in louder aircraft and during longer missions.LEARN MORE 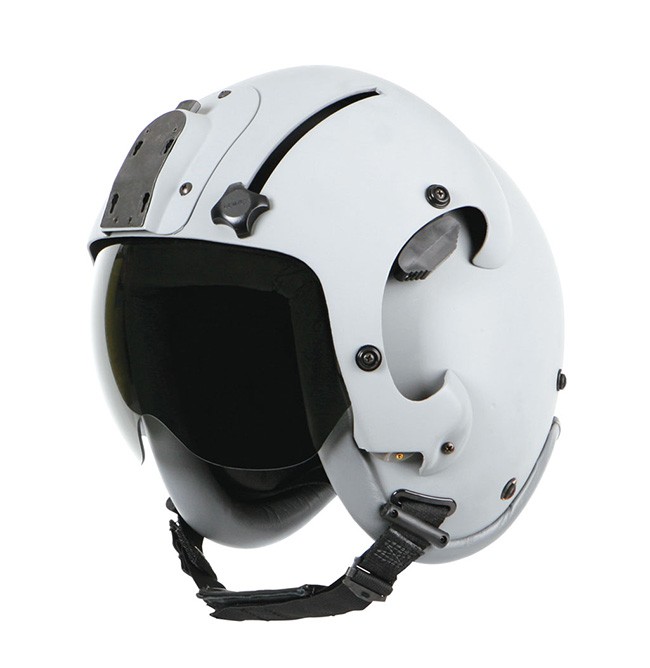 The Gentex HGU-55/GTX Fixed Wing Helmet System maximizes the safety for aircrew throughout Western Europe, the Middle East and Asia through a special configuration of the industry-leading Gentex HGU-55/P Fixed Wing Helmet System. The helmet system is the only dual-visor aircrew helmet system with NVG quick-disconnect mount qualified for safe ejection at speeds up to 600 KEAS. An integrated protective assembly houses the dual-visor to minimize damage and increase safety during through-canopy ejections.LEARN MORE 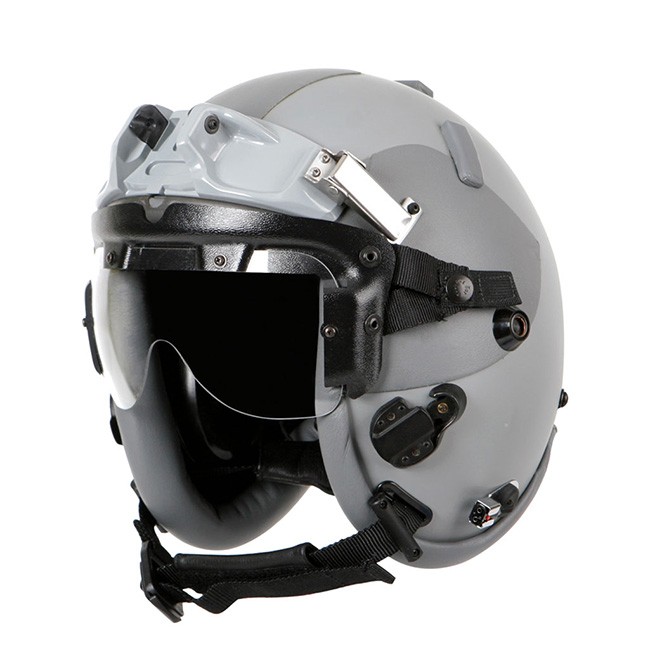 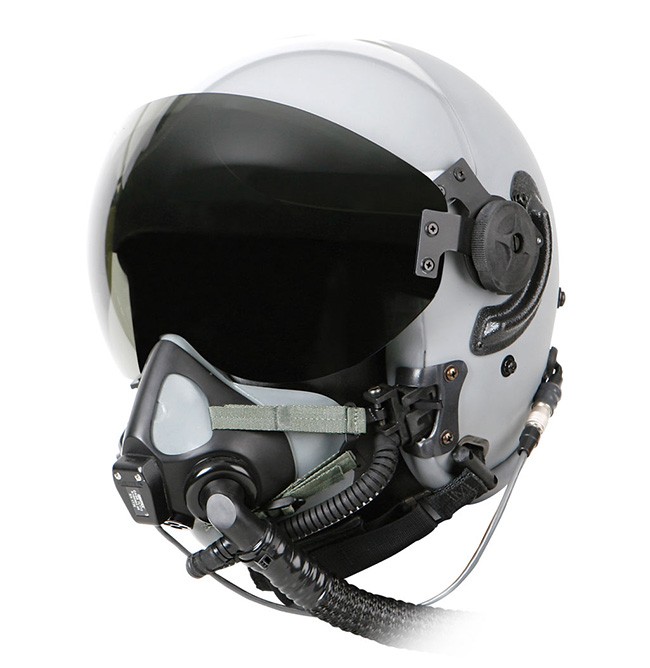 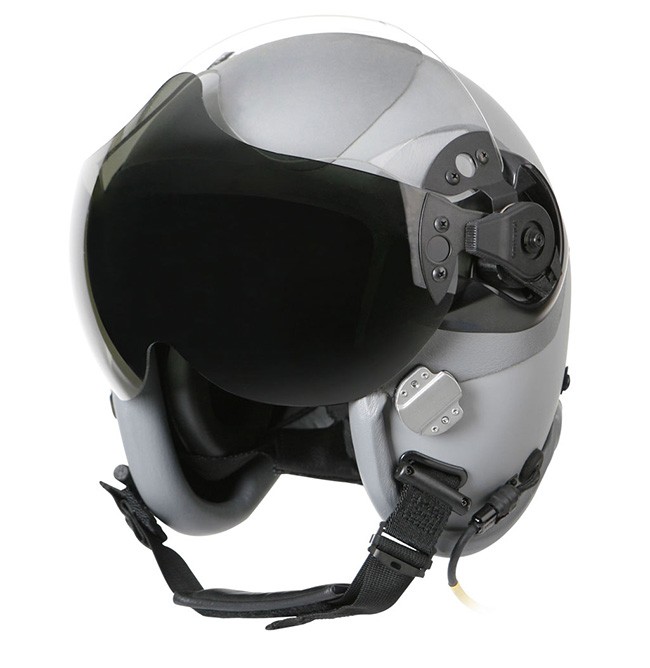 With its combination of features and capabilities utilized by the U.S. Air Force and U.S. Navy, the Gentex HGU-55/PJ Fixed Wing Helmet System provides high protection and performance capabilities for frontline fighter and advanced training use. Key capabilities include 600 KEAS windblast protection using a highly reliable and stable retention system, plus a tracked visor kit that can be quickly configured with a variety of visor options for day or night flight. A range of respiratory, communications, and comfort fit accessories can also be added to optimize the helmet system for flight. Japanese MoD qualified for 600 KEAS Windblast Protection.LEARN MORE 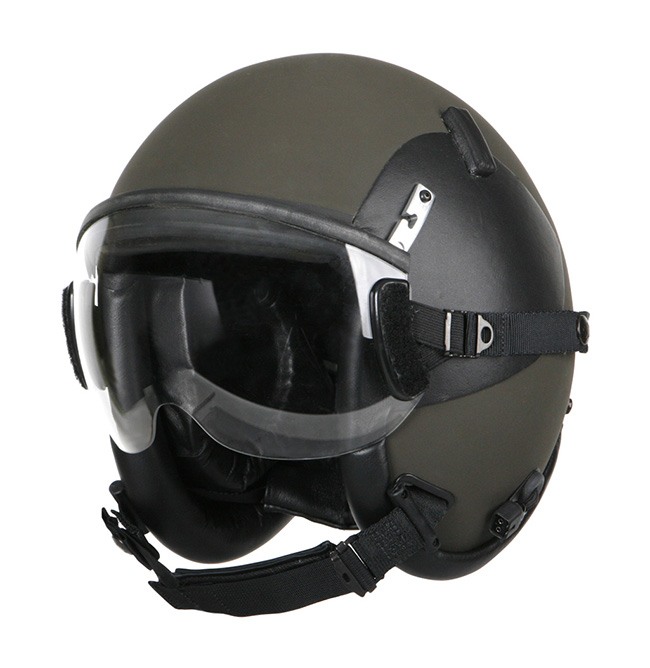 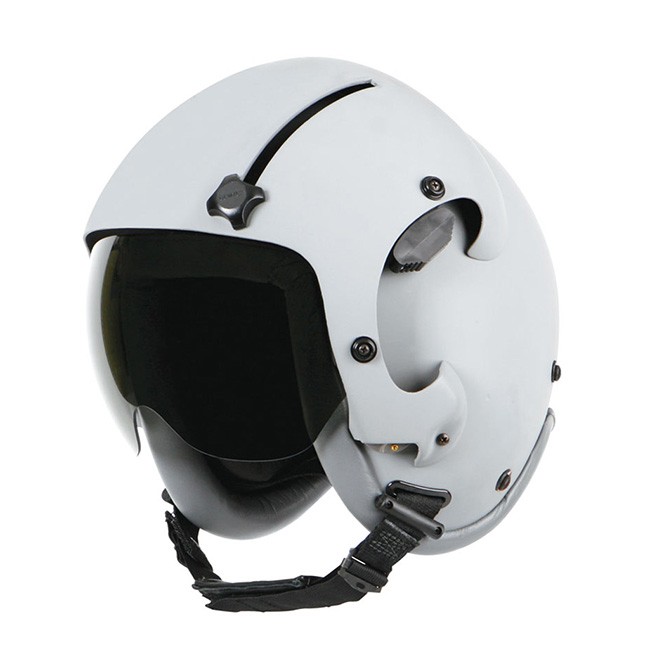 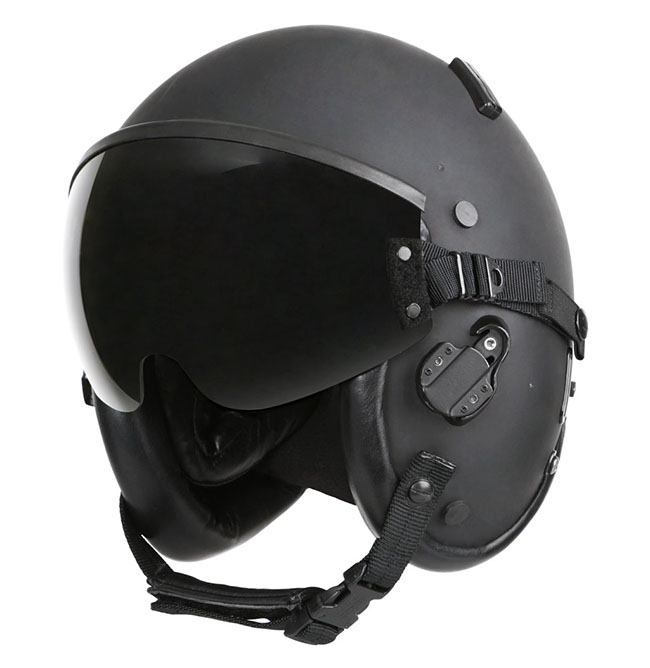