Over 125 Years of Innovation

Our philosophy of continually reinvesting in our employees, our customers, and our capabilities and technologies reflects in the positive growth of our business and the game-changing innovations our people have made for over a century. While our products and technologies have evolved, they all support the same mission we’ve committed ourselves to for the past 75 years–enhancing personal protection and situational awareness for defense forces, emergency responders, and industrial personnel operating in high performance environments. Watch the PBS documentary on Gentex and review the timeline below which both celebrate the key innovations and other activities that have had a profound impact on advancing the performance capability and safety of our customers. 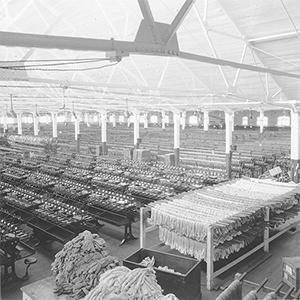 Gentex’s capabilities and technologies have evolved significantly from it’s early silk fiber lineage as the Klots Throwing Company of Carbondale, Pennsylvania. Originally located in New York, the company’s silk throwing plant, owned by Henry Durrell Klots, burned down in 1894. In response, Klots’ bookkeeper, Marcus Frieder, suggested rebuilding the company’s production facility in Carbondale, PA, to engage an untapped workforce—the wives and daughters of local coal miners. Klots agreed and named Marcus Frieder manager of the new plant. He was eventually promoted to General Manager and, upon Klots’ death in 1914, was named president of the company. 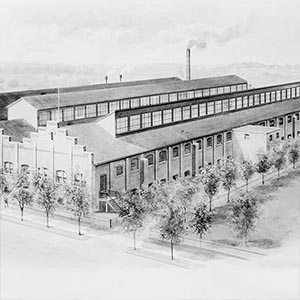 During the First World War, Klots (the company), renamed General Silk, manufactured silk cartridge bags and flourished under the direction of Marcus Frieder. Marcus built or purchased several silk mills throughout the eastern United States and made General Silk into one of the largest silk fiber processors in the world. However, with the advent of synthetic fibers as alternatives to silk in the 1920s, and with the onset of the Great Depression, the company was eventually forced into bankruptcy. Despite all this, the Frieder family persevered and in 1932, Marcus and his son Leonard bought and reorganized General Silk, renaming it General Textile Mills. By the time Marcus died in 1940 and Leonard (Pete) Frieder assumed the presidency, the company’s textile expertise had led it to the development of engineered textile products for use in high performance applications. 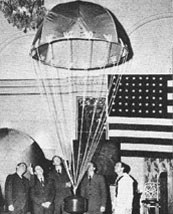 When the U.S. entered into World War II, the company aided in the war effort by manufacturing parachutes for the U.S. Military. Eventually, it became the country’s largest manufacturer of high payload parachutes, producing parachutes for cargo drops and naval mine laying. In appreciation for its efforts, in August 1945, General Textile Mills was awarded the Army Navy “E” Award for excellence in wartime production. In addition to producing parachutes, General Textile also began manufacturing boxes to store and protect its parachutes during transport. These boxes were constructed of a new cotton fabric reinforced composite-structure. As material science developed, these early composites soon began to utilize fiberglass-reinforcing materials with early structural resins. These consisted of a polyester resin reinforced with glass fiber mat which hardened to become a very high-strength, low-weight structure. 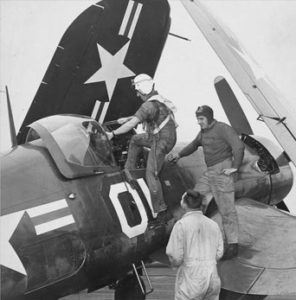 Following the war, the government approached General Textile Mills to determine the feasibility of using the textile composite the company used to produce parachute boxes to manufacture helmets for the pilots of the new jet fighters being introduced throughout the military. In response, General Textile Mills produced its first hard shell helmet using its textile composite technology in 1948. The helmet, known as the H-1, was made for the U.S. Navy and the P-1 soon followed for the U.S. Air Force. Eventually this same technology was incorporated into helicopter pilot helmets for both military and commercial applications, as well as ground and tank crew ballistic helmets. To reflect the new focus of its business, in 1958 General Textile Mills shortened its name to Gentex and began diversifying its business into a number of protective products and technologies. 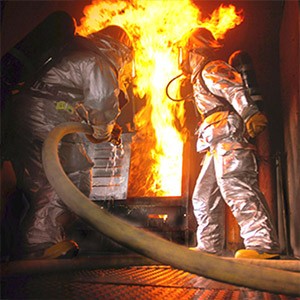 In the early 1960s, the company began manufacturing aluminized textiles for use in high heat environments. 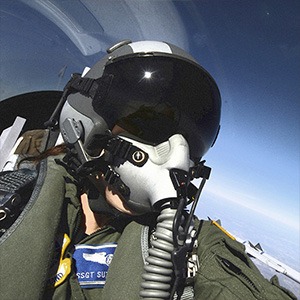 In 1969, Protection, Inc. of Pomona, California was acquired by Gentex. Originally a custom helmet manufacturer that focused on supporting the most renowned test pilots throughout the world, Gentex’s newly acquired California facility eventually transitioned to the design and manufacture of aircrew respiratory products. Relocating to Rancho Cucamonga in 1992, the company’s respiratory systems capability continues to lead globally in the design and manufacture of oxygen masks, chemical and biological respirators, and associated products. 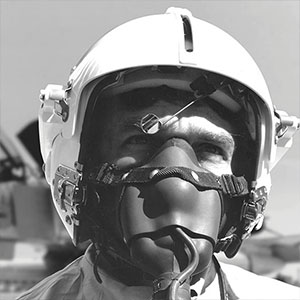 As the needs of pilots evolved and required more capability, Gentex began partnering with Honeywell on head-mounted targeting systems, the first one being the Visual Target Acquisition System-1 (VTAS-1). That thought-process led to the evolution of the helmet becoming a platform to enhance situational awareness as technologies such as helmet mounted displays and night vision matured. For decades, Gentex has worked with partners to integrate their technologies onto the head-borne platform for air and ground applications, and it all traces back to the VTAS-1. 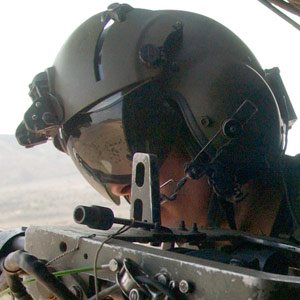 Because of an ongoing need to advance the art of eye and face protection, Gentex added a small optics R&D capability, located in Dudley, MA. What began as a unique and highly specialized application for aircrew protection evolved into Gentex Optics, Inc., the world’s largest designer and manufacturer of precision polycarbonate lenses for both consumer and defense applications. In 1995, Gentex Optics was spun-off to become part of ESSILOR International, the largest prescription lens provider in the world. In 2018, Gentex returned to its roots in this technology area, re-acquiring a portion of what it originally sold to Essilor. 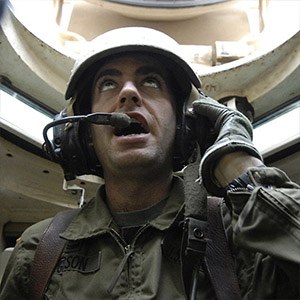 In 1972, Gentex lost its leader of more than 30 years when Leonard P. Frieder, Sr. passed away, leaving his son L. Peter Frieder, Jr. to assume the presidency. Under the direction of the younger L. Peter Frieder, Jr., the company continued to grow and diversify. In 1977, Gentex bought JMR Systems Corporation and its capability to produce low-noise, high clarity microphones for use in helmets and other applications. Originally located in Derry, New Hampshire, the electro-acoustic division of Gentex was then relocated to a larger facility in Manchester, NH in 2006. The division continues to produce electret microphones entirely in the U.S. 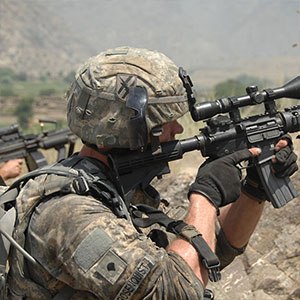 While the first foray into ballistic protection began in the 1960s with the introduction of Nylon combat vehicle crewmen (CVC) helmets, the focus expanded with the commercialization of aramid fibers in the early 1980s. The first major program for this material was the PASGT program, in which Gentex produced over one million helmets. Subsequently, Gentex produced many other product designs as user needs and materials evolved, remaining a world leader in ballistic head protection. 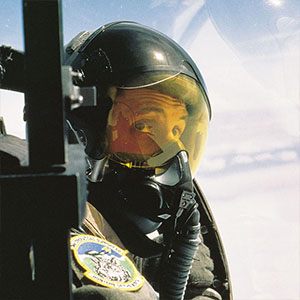 As the introduction of lasers into combat became a threat for pilots, Gentex began developing unique organic dyes to provide eye protection with the increased functionality required to block specific wavelengths of light. Gentex continues to advance the art of incorporating these unique materials into optical devices for a variety of applications. 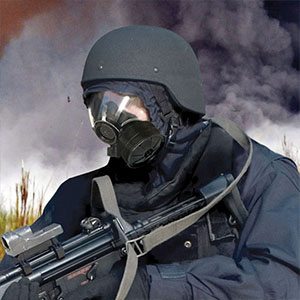 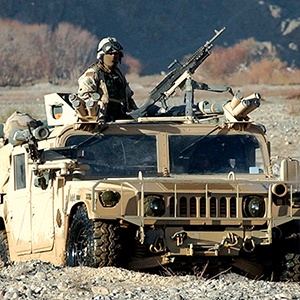 Leveraging its background in acoustics, in areas such as EMI, RFI, environmental hardness, and electrical interface, the company broadened the application of its communication technology to vehicle intercom systems for smaller tactical vehicles (heavy armored vehicles had been using intercoms since the mid 80s) with the launch of its Gentex LVIS Intercom System in 1999. Designed for the severe environmental and high noise conditions of military environments, this new system consolidated capability into a single package, permitting easy and fast installation in smaller tactical vehicles where space was at a premium. Recognizing the extreme conditions of combatant craft, Gentex introduced a maritime variant of the LVIS Intercom System, adding extra sealing and additional components that permitted use on craft up to 20 meters. Established as the standard across U.S. Navy combatant craft, Gentex began developing a digital version of its LVIS Intercom System that expanded the capability to 12 crew members and to interface up to eight long-range radios. This digital system also incorporated wireless crew capabilities, eliminating long cords and increasing safety for weather-deck crew. This evolution to more ruggedized intercom technology solutions for land and maritime applications remains the company’s focus. 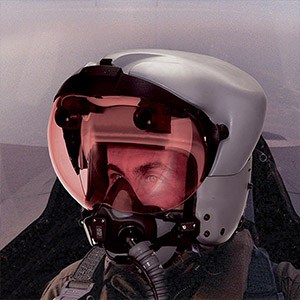 As a key contractor on virtually every major military Helmet Mounted Display (HMD) program over the prior 20 years, Gentex established a new branch of the company, Visionix, in 2005. Visionix was created in direct response to customer’s specific requirement for a Total Systems Integrator (advanced E-O plus Integrated Pilot Life Support expertise) for the U.S. Department of Defense’s Advanced Helmet Vision System Program. The team created to address this need has provided a number of fully integrated HMD solutions for platforms that include: A-10 Thunderbolt, F-16 Viper, C-130, AT-6, KFIR, UH-72, etc. In 2011, Gentex acquired Intersense to add inertial tracking to the Visionix capability. In 2012, Gentex sold its Visionix Helmet Mounted Cueing System (HMCS) and the InterSense motion tracking business to the Thales Group in recognition that the full potential of these capabilities would need the involvement and investment from a strong global partner in the aerospace and defense industry. 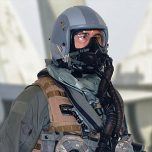 Given their respiratory expertise, Gentex Corporation was engaged to work on the design and development of “above the neck” CBRN protection equipment to guard aircrew from skin-contact and breathing air contamination by a range of CBRN agents, while also providing Pressure Breathing for G (PBG) capability. In 2006, this work resulted in a System Design and Development (SDD) contract by the U.S. Department of Defense (DoD) for the Joint Service Aircrew Mask (JSAM) for use by all DoD Fixed Wing aircrew. With particular requirements demanded for F-35 pilots, a separate SDD contract for the aircraft-specific JSAM-JSF was awarded to Gentex in 2009. The anthropological, breathing, material, fabrication, and filtration experience gained by Gentex over previous years allowed JSAM-JSF to enter production for all F-35 aircrew globally, with a version, TACAIR, suitable for other Fast Jet applications including F-16, F-15, F-22, A-10, B-1, B-2, C-130, C-17 aircraft platforms to name a few. 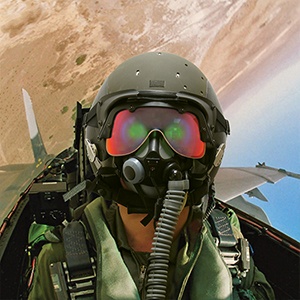 Gentex has maintained a core competency in laser eye protection for over 30 years. In 2008, this expertise made a technological leap forward with the purchase of Holographic Optics, Inc. This unique capability, then located in Millwood, NY, enables a systems approach to laser eye protection by combining dye, proprietary holograms, and dielectric coatings as required to create high-transmission day/night laser eye protection (LEP) devices. 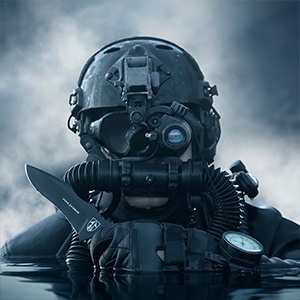 To accelerate its capabilities and technologies to provide even more sophisticated products to modern defense forces across all types of combat fields, Gentex made two strategic acquisitions in late 2011– Artisent, Inc. and Ops-Core Inc., both in Boston, MA. Artisent’s strong design expertise complements Gentex’s engineering capabilities and significantly contributes to the company’s roadmap for future products. Ops-Core’s modular head protection products expand Gentex’s core offerings to include advanced solutions for worldwide Special Operations forces and those customers who require more integrated head borne solutions for ground applications. To lead the continued evolution of Gentex Corporation, in 2012 L.P. Frieder assumed the role of president from his father, L.P. Frieder, Jr. who had served since 1972. 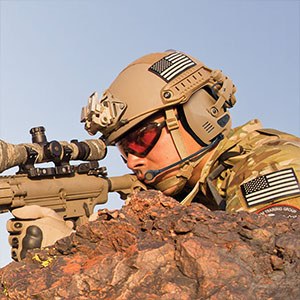 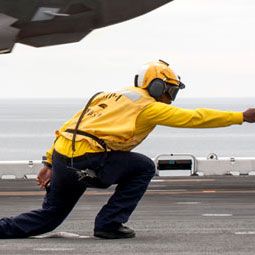 Gentex remains totally committed to providing its customers with solutions to demanding challenges, looking objectively both internally and externally to ensure they find the best solutions possible. By combining world-class products, technologies, and manufacturing resources, Gentex remains focussed on providing one of the most advanced, comprehensive lines of innovative solutions that enhance personal protection and situational awareness for global defense forces, emergency responders, and industrial personnel operating in high performance environments.

Any cookies that may not be particularly necessary for the website to function and is used specifically to collect user personal data via analytics, ads, other embedded contents are termed as non-necessary cookies. It is mandatory to procure user consent prior to running these cookies on your website.